I always loved science fiction and technology, and since I grew up before the internet was widespread, I spent a lot of time taking things apart and playing with the pieces. Watching the characters in Stranger Things mess around with radios brings back good memories!

I always thought that movie stars and musicians were cool, and figured I could be one someday. But as I got older I realized that the real fun is in building business empires, so I decided to pursue entrepreneurship and investing instead.

Honestly, my childhood was pretty great. We lived in Waterloo, Belgium and I had wonderful parents. Attending an international school exposed me very early to difference cultures and ideas; I still keep in touch with old friends. I made a couple bad plays in varsity baseball that still make me cringe, but that’s about the extent of my bad memories.

If there was one thing lacking in my early influences, it was an education on money. My parents did a good job of espousing the benefits of “saving” but as far as I was concerned, it wasn’t important. Many kids (particularly in the US) are asked to make enormously important financial decisions right out of high school in the form of taking on student loans for university, and are woefully unprepared. My REAL education in money, investing, and how the machine works - and even basic stuff like budgeting and paying bills - began after I had completed my formal studies. My advice to aspiring individuals today is to undertake your financial education autodidactically. Get on Google, watch Youtube videos, buy some books. It’ll prepare you for the real world in ways that traditional classes won’t.

I am very patient and I’m a good listener. The first strength allows me to be a highly risk tolerant and unemotional long-term investor, and the second enables me to form deep and meaningful relationships with others both personal and professional.

Not sure how controversial this is, but I’m in favor of raising the Bitcoin block size. When balancing the risks of centralization (due to the burden of running a node) vs. adoption barriers (due to high on-chain fees), I believe the latter poses a larger threat to the viability of the system. I understand why many believe Bitcoin can thrive with a 1MB block size forever, I just respectfully disagree, and believe all the low hanging fruit in terms of optimization have been picked.

It’s even worse than that. I have two kids under the age of 3! Plus my wife works a high-stress, high-profile job too. Replacing alcohol with exercise has been a good step recently, and prioritizing sleep, but you’re right that the pressure can be crushing at times. On the other hand, I’m grateful for the position I’m in and all the opportunities available, so it’s welcome and self-inflicted.

Once upon a time I was a serious sailor, and completed a 2-year circumnavigation as captain aboard a 43-foot cutter. My wife and I lived aboard a sailboat for 4 years, until we had our first child, when we sold our dream for a college fund. Someday, I’d like to do more sailing, but for now it’s all hands on deck at BRD.

I once was a judge at a Bitcoin Hackathon (I won’t mention the location out of respect for the person I’m about to mention), where an individual, we’ll call him A, decided it would be a good idea to drop LSD to improve creativity and the ability to stay up all night. During his presentation, he was clearly still under the influence, and proudly displayed a working prototype of “hello world,” which was all he could manage to do after 24 hours despite his clever plan.

When you left Bitcoin, what project did you move on to?

You may get a sense for some of my influences here:

1. The national currency has a defined supply cap.

2. The state cannot interfere with private contracts that do not adversely affect a 3rd party, including good title to property.

3. No taxes on income, dividends, distributions, capital gains, real estate, or estates. (Maybe some sales taxes just to keep the lights on).

12) What do you feel makes the BRD community unique compared to others?

We’ve always strived to be accessible to non-techy people, and our favorite community members are people who use our app to introduce their friends and family to bitcoin. These people have used us for a long time, and we try to never let them down by continuously improving the app and its functionality. I think the thing that sets our community apart is that they trust we’re in this for the long haul, and seem to have in common a certain optimism and excitement for the future, along with noteworthy good taste for simple aesthetics and beauty.

13) Project aside, what are some other crypto/blockchain communities that you admire and why (this is not an endorsement)?

Binance had just done a phenomenal job of creating a mass of fiercely loyal users. Gotta hand it to CZ on this one.

I’ve come to the conclusion that social media really is just brain sugar, and bad for your mind in the same way that sugar is bad for your body. It’s addictive, creates tolerance and compensatory effects, messes with your other organs and creates health problems. That said, I spend the most time on reddit, where I can quickly scroll through subreddits to catch up on recent news.

As far as improvements, I think that social media in general is optimizing for the wrong thing (attention), and it’s having serious blowback. People are “overdosing” and shutting off their accounts. I’d be interested in some innovation that optimizes for something new, like mental health or information fidelity. I’d invest in something like that. It may be the next unicorn!

I’m not sure. Are there still influential world wide web communities today? It seems to me that clout is shifting from enthusiasts to entrepreneurs and businesses, which is probably healthy. But somehow I feel like we’ll need the old guard to stand vigil once policymakers get more involved. Maybe due to the sheer volume of new users, and new communities springing up, the role of current evangelists will be diluted, but there will still be an important role to play in protecting the protocols from being co-opted over time.

In our penultimate section we are going to ask you a question regarding BRD.

16) What do you feel sets BRD apart from your competitors (that is if you have any)?

Broadly, we’re non custodial, meaning that our users control and protect their own funds. We think this is the right “decentralized” security model for the future (note the ongoing frequency and severity of exchange hacks).

Among other non-custodial wallets, we are mobile only, using the secure enclave to sign transactions and hold encrypted private keys. We think this is the right place to store large amounts of cryptocurrency, compared with web wallets, desktop wallets, and (yes) even hardware wallets, which are still good but suffer from firmware/hardware attack vectors and lack convenient usability.

Narrowly, we focus on security, simplicity, and privacy. Other non-custodial mobile wallets may get check marks for one or two of those, but we believe we are the only one that gets top marks in all three.

As a global society, we’re so accustomed to trusting third parties that we can’t envision a world without it, and we don’t know what we’re missing.

Most new technologies just twiddle the nobs of society, making things faster, cheaper, quicker, more powerful, etc., but blockchains are special. They aren’t chains at all, they are liberators. They unlock shackles that you never knew you were wearing, in money, property, and policy, and you can’t see them until you take a small leap into this parallel universe.

Keep up to date with Aaron and BRD on: 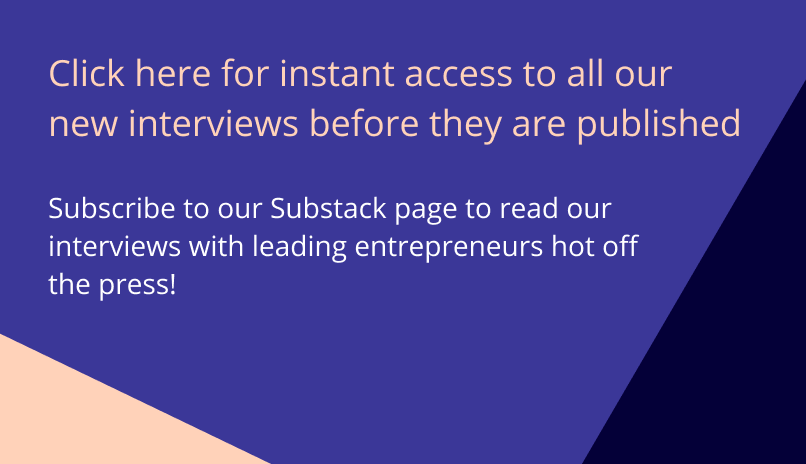